What is the nature of the solar wind, and how is it so powerful as to affect us here on Earth? 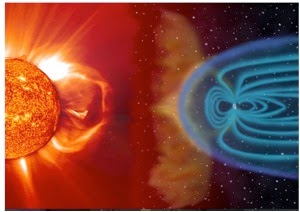 This is an artist's rendering of solar wind -- plasma from the sun that is always blowing, causing space weather -- hitting the Earth's magnetic field. Usually, Earth's magnetic shields us from the solar wind, directing the sun's plasma to the poles, which we see as auroras such as this one from above Bear Lake, Alaska.

It wasn't until the 1970s -- near the beginning of the space age -- that we even knew they existed. Of course, Earth had been hit by coronal mass ejections before that, and astronomers had associated the auroras and geomagnetic storms with solar flares at least as far back asÂ 1859. Based on descriptions of that event -- with auroras lighting up the night skies so that people thought it was morning and telegraph operators receiving electric shocks -- that 1859 event may have been the largest coronal mass ejection ever recorded in the electricity age.

Today, we know coronal mass ejections can happen without a solar flare as warning. By better understanding the nature of the solar wind and how it can be so powerful, the hope is that we will learn how to better understand and predict space weather so that we can take steps to shield the many electrical and communication systems that our society now relies on. Plasma physicists around the world are seeking to understand the nature of the solar wind.

In this week'sÂ showÂ you'll hear from three of them about their efforts to model the sun's turbulent plasma,Â better understand magnetic AlfvÃ©n waves that course through the plasma (both at the solar surface and in the solar wind),Â and new results -- after nearly 20 years of study -- of how the magnetic energy in plasma helps launch coronal mass ejections. 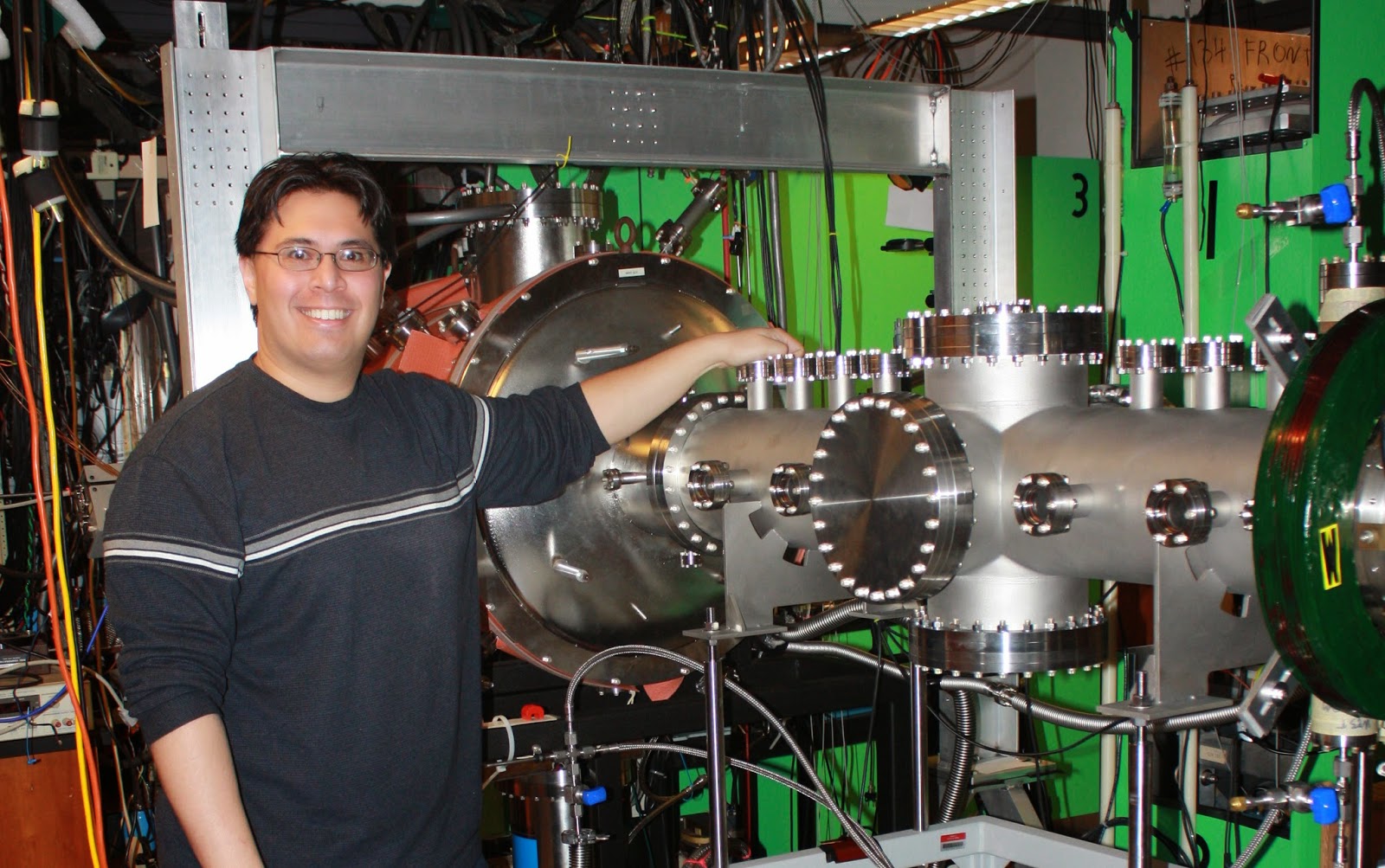 First, David Schaffner from Swarthmore College with the Swarthmore Spheromak Experiment explains how he and his colleagues model the turbulent nature of solar plasma. It involves creating a blob of plasma called a spheromak that moves along at a speedy 50 kilometers per second. That means the experiment is over in a flash, literally. You can watch a representative experiment here:

As fast as that is, the sensors inside the machine can keep up, allowing Schaffner and his colleagues to model what is happening on the computer. Then, they can slow it down and look at it moment by moment: 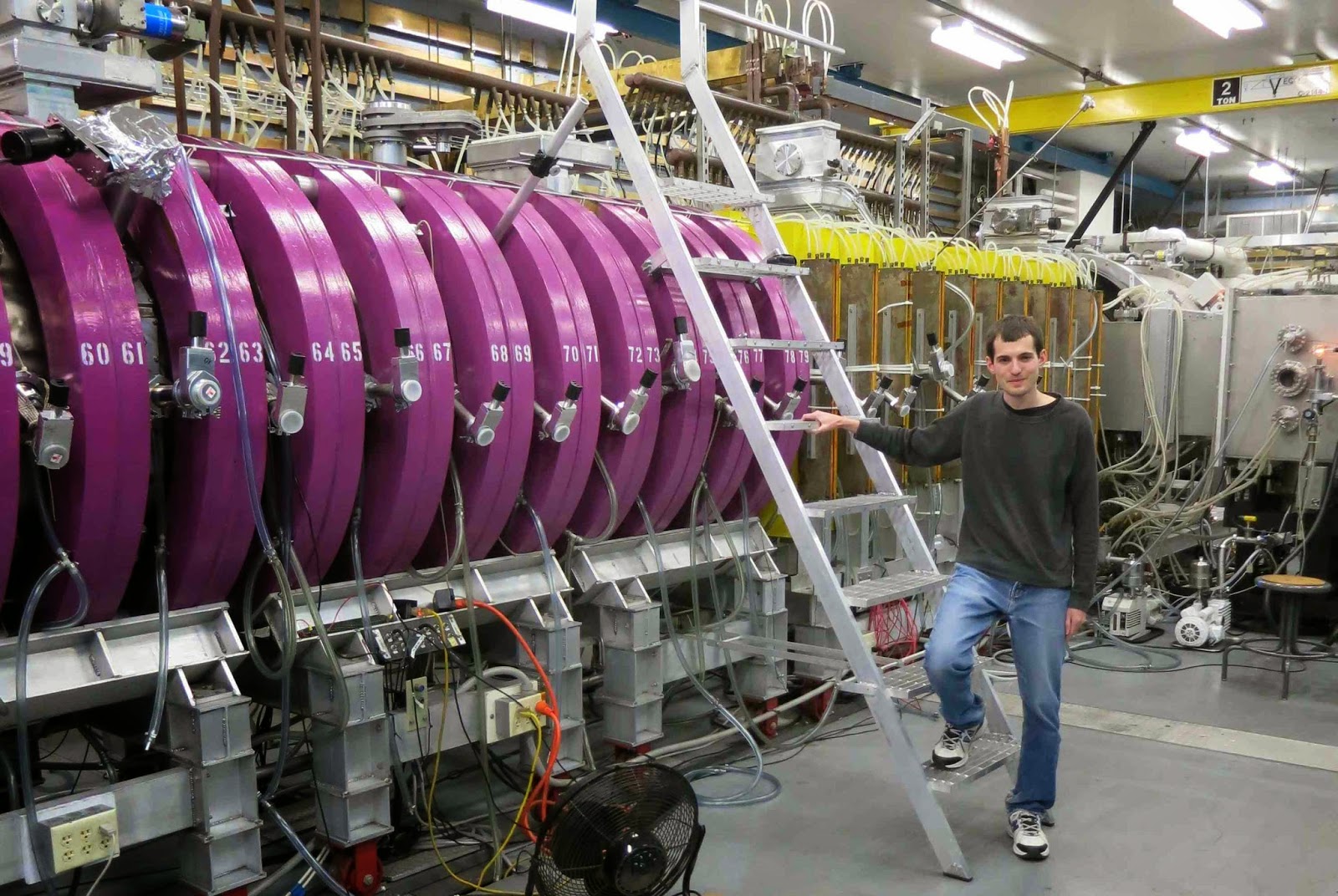 Next, Seth Dorfman from the University of California - Los Angeles talks about his work with theÂ Large Plasma Device, creating a line of plasma and then plucking it like a stringÂ to study AlfvÃ©n waves, the fundamental magnetic waves of plasma. These experiments could help physicists understand why the sunâs outer atmosphere (corona) is hotter than its surface. 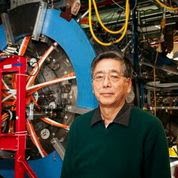 Finally, Masaaki Yamada of the Princeton Plasma Physics Laboratory talks about how he and his team used theÂ Magnetic Reconnection ExperimentÂ to break and reconnect magnetic field lines within plasma and so make sense of how this magnetic reconnection gives coronal mass ejections their explosive power. After nearly 20 years of working on the problem, Yamada says the key insight came in discovering the physics at work within plasma -- the Hall effects, first described by Edwin Herbert Hall in 1879.

Yamada's team then identified how plasma particles were energized through magnetic reconnection and found that 50 percent of the magnetic energy is converted to particle energy. The results are consistent with the recent satellite measurement in the magnetosphere in which the magnetic fields of solar winds reconnect with those of the Earthâs magnetic field.

In the end, it may be that turbulent plasma (that Schaffner studies) causes multiple reconnection events (Yamada) that, in turn, give rise to AlfvÃ©n waves (Dorfman). We just don't know... yet.

All three presented their results at this year's annual meeting of the American Physical Society's Division of Plasma Physics meeting. If you're curious about how scientists write about their work for other scientists, you can find the abstracts of their work here:Â Schaffner,Â Dorfman, andÂ Yamada.

Robert FrederickÂ is a freelance journalist with credits from Science, NPR, Financial Times, PNAS, and many more. He has held staff positions at Science, American Scientist, and St. Louis Public Radio.
Posted by Unknown